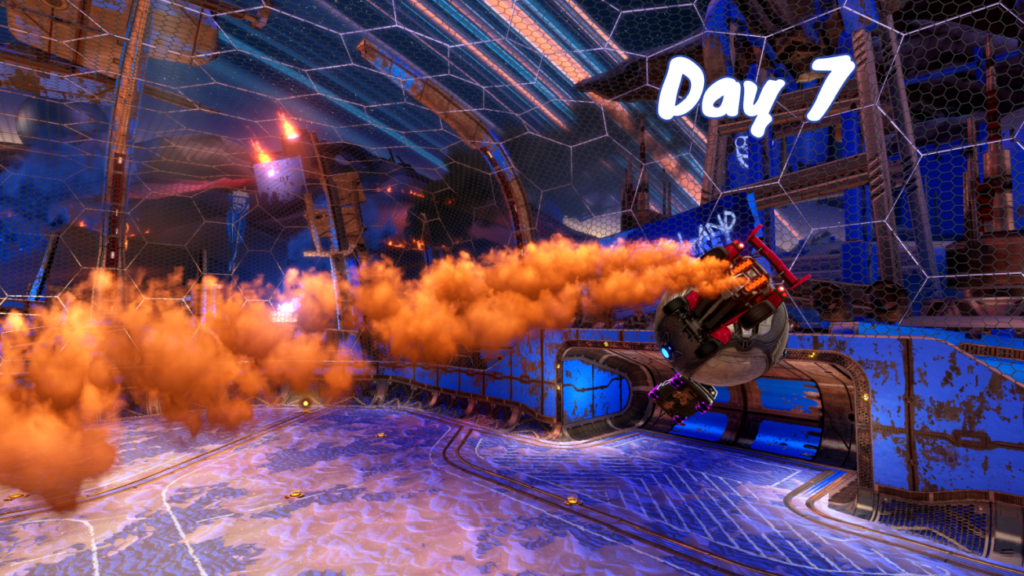 I am in the middle of a 30 day 1V1 challenge: I play 1s every day for at least an hour. The goal is to supercede the emotional wreckage that most often comes with this playlist. I’m just over half way through and I feel I am making excellent progress. I’m not necessarily any better but with each passing day my headspace gets a little clearer, a little easier in how I play the game. So much so that I made the rather rash (and I hope not ultimately foolish) decision to focus on solo duel in the new season of Rocket League, to be a “1s main”.

As I go I’m having a good look at my thinking around the game. Last night I teamed up with a friend for some competitive 2s. I felt awkard and unable to focus. As we lost 4 or 5 games on the trot I tried to understand why I felt this way. This is what I came up with:

I am a gregarious person, I like being with people and, for better or worse, I want to please people. In my line of professional work this has worked wonderfully and I’ve been pretty successful. However I am also fiercely competitive and in team ranked I find these two personality traits clash. I want to be a good team mate, I don’t want to get upset and I certainly never want to blame my team mate for anything. In my efforts to impress, to play well, to not be disagreeable with my mate I actually do a disservice to us both. I’ve never sought leadership positions, I’m quite happy for others to clamber for power so I naturally defer to my mates in Rocket League. I see now that this just makes me hesitant and un-assertive as a player. My agreeable nature has made me shitty in a competitive team scenario.

It is a flaw that I want to address.

In the meantime, I believe this is why I am so drawn to ones. It’s almost a way to escape my gregarious nature. A lonely pursuit. A selfish drive. Something to do where I only have to think about me. And, if I’m honest, I don’t need to share success with anyone. On the flip side I have to carry the burden of failure on my own. That’s what makes it so tough. That’s what makes me determined to find a way through.