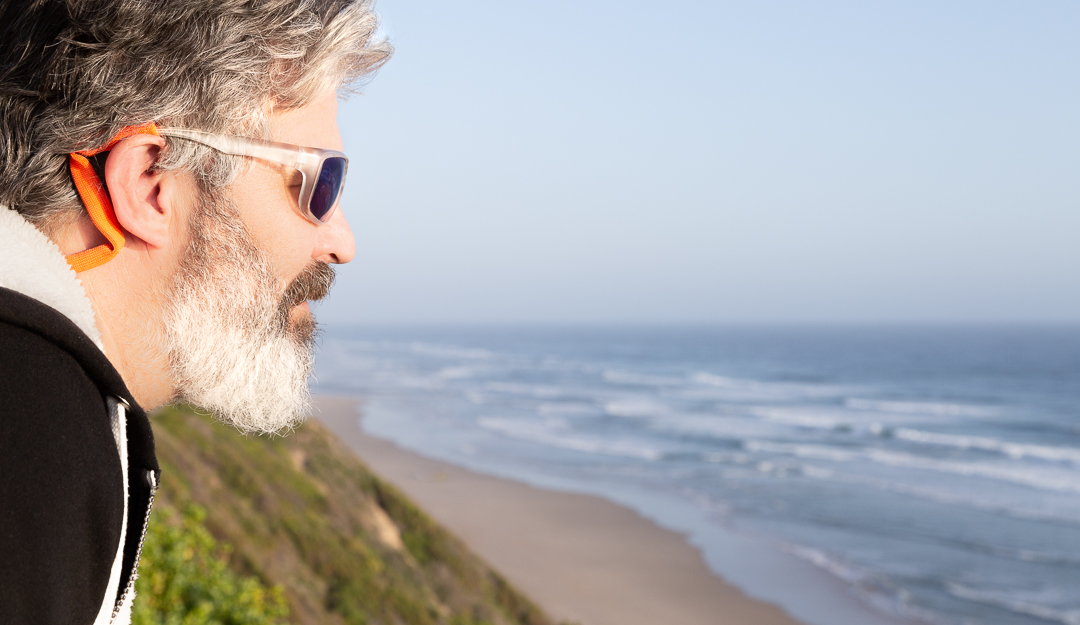 I was born to Scientologist parents who were very active and committed to the organisation so at the age of 13 I quit school to pursue a “career” among the most committed Scientologists. What followed was 25 years of almost unswerving commitment to “save” the world from itself through the “only” organisation that could do it. This is not that story. If you’re interested you can find the story of my awakening here.

The short version is that I did wake up and over a period of 3 years from 2010 my wife, son and & I left the cult life behind us. At 38 I found myself in massive debt with no education and no real idea of what I would do with my life. While scratching around for ideas I discovered the world of public speaking. People were being paid (in many cases very well) to speak publicly. Damn. The job also came with glamorous perks like travel to exotic locations. I could do that, I reasoned and pursued this profession in the only way I knew how: Relentless dedication. I immersed myself into the world of Professional Speakers. Over a period of 9 years I did everything you’re supposed to do to build a career as a speaker: I wrote articles, blogs, started several podcasts, got myself on TV, wrote a book. The 2010s were all about becoming a thought leader and being paid to talk about those thoughts.

It was a world dominated by motivational and positive sentiment. All my content was generally about the world technology was building with it’s resultant opportunities and infinite possibilities for the future ahead. I believed in my content, feverishly. After all I had been able to build an entirely new career by utilising social publishing platforms to create a brand as a speaker.

Coming out of my old regimented, dogmatic life, this new life liberated and invigorated me. I was my own boss, marching to my own tune, doing something meaningful for businesses and individuals.

I yearned to be a successful, global speaker. I wanted to be paid huge sums and fly business class around the world.

It would be fair to say that over 9 years I become moderately successful. I’ve spoken at something like 900 conferences and travelled to 14 countries. I was happy with the trajectory. Then 2019 happened.

The start of every year in a speaker’s life is a lot quieter than usual. You get used to this and prepare for it knowing that by late January or early February the bookings will start to roll in. By mid Feb I was not overly concerned by slow bookings. Life would soon return to its usual fabulousness. But it didn’t. The end of Feb came and went and so did March. By early April I was a little frantic. Where was the work? As I scrolled down my social feeds I would be forgiven for thinking I was the only one. All my fellow speakers seemed to be doing well, flying around the country and world from one gig to the next. In particular one speaker friend seemed to be on top of the world. He had only been in the business for about 3 years yet he had two best selling books, was moving overseas and was charging around R60k per gig and seemingly not short of bookings.

A massive green wave of envy rushed through me. Oh, the monster of comparison. How was he so successful? Why had my book only sold 3 or 4 thousand copies? Why was I struggling to get the white space in my calendar filled up? Was I any good at this at all?

In the midst of all this angst I had one recurring thought: Maybe I just didn’t want it enough. The next thought was: Do I want it? and then: What do I actually want?

I reflected deeply on this for the next couple weeks. It was the most reflective I’d been in 9 years and I examined these questions thoroughly. Finally, I had an epiphany:

I had left one cult and joined another. A far better, far more relaxed and rewarding cult to be sure but a cult nonetheless. The cult of positivity, of vapid self promotion and ego driven obsession to “change the world”. Signs of success in this universe are traveling business class, taking selfies of sunsets and beaches around the world. Of doing casual walking videos while expounding deep and pointless truths. A beer in Amersdam, a cappuccino in Austin.

All at once I lost my ambition. This was not what I wanted. Make no mistake I had loved the travel and the speaking. The relentless and exhausting self promotion I could do without but I loved the actual speaking bit. Despite this I came to see I did not want that speaker life, or rather I was no longer willing to pay the price to make it. Kudos to those that have and continue to do it. It was not for me.

Ok, if I didn’t want that, what did I want? More reflection.

In order to keep the bills being paid I focused on what had been a 19 year side business of being a marriage officer. For two decades this business had kept me afloat while I was, first, trying to save the world and then second, building a speaker business. It never occurred to me that I had an incredible business already which, with some focus, could be even better. While I was angsting about what I wanted, I threw myself into the wedding business which very rapidly became my primary source of income. Within a few months I was comfortably making ends meet, without having to travel, without having to be obsessed about my “social presence”. It was magnificent.

Of course the arrival of a global pandemic and the complete evaporation of work forced even more evaluation of what is important, what is not. Without fanfare, without the clouds parting, in the middle of a pandemic, I realised what I want: An ordinary life. A life that is economically comfortable without the material trappings of success. A life where the only comparison I make is myself to myself.

I am still a speaker, though I now focus on hosting, MCing, facilitation. I’m really good at it so it would be a shame to waste that talent. My marriage work is my primary work and it’s a wonderful way to make a living. I meet diverse people at a very happy time in their lives and judging from the responses I get, I am also very good at it. In addition I started my little passion project as a game streamer. I have fantasies of making money from it but I am smart enough to know that this is unlikely but foolish enough to pretend otherwise. I indulge it because it makes me content.

I live an ordinary life with no ambition to be anything more. My wife and I have been married for 31 years and we are at a time in our lives where we see retirement on the horizon. Our fantasy is living out our old years in a small, beautiful home in a place where we can take walks, drink cappuccinos and revel in the memories of lives that were intensely interesting for long periods but which were, ultimately, ordinary. That thought sustains me. That thought makes me happy.